10 Surprising Facts You Should Know About Lithuania’s Economy

The Lithuanian economy has grown dramatically over the past eight years and is ranked No. 11 in the world in the ranking of the most developed economies.
Get In Touch 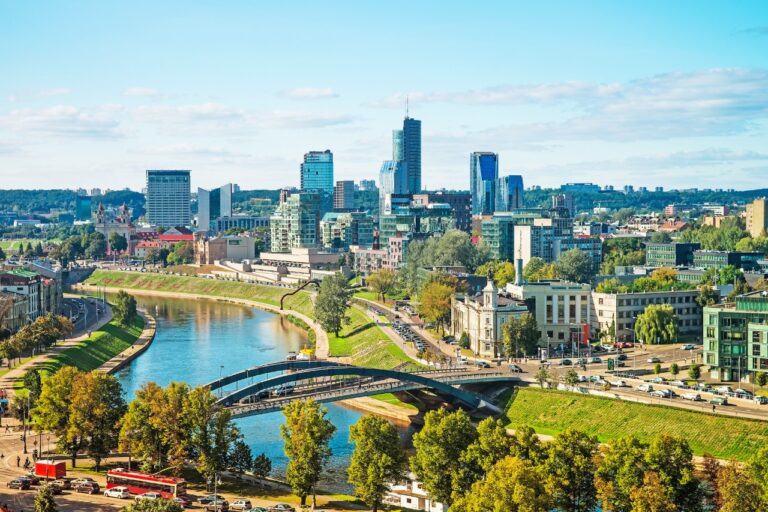 10 Surprising Facts You Should Know About Lithuania’s Economy

The Lithuanian economy has grown dramatically over the past eight years and is ranked No. 11 in the world in the ranking of the most developed economies.
See what are the factors that led to this success? In this article, we review these factors that you can take advantage of to help your country’s economy grow.

I think the first thing that comes to your mind is, is Lithuania considered a rich or poor country in general?

Well, despite having a shortfall in natural resources and a long history in industry, Lithuania, with a population of only 2.9 million, has
It has a lot of potential for growth and it is now considered a high-income country according to the classification of the World Bank.

Let’s take a closer look at the indicators of economic growth in Lithuania:

Lithuania lies in a strategic location that mediates between east and west, with Russia to the east, Poland to the south, and Latvia to the north.
The Baltic Sea is to the west, making it an ideal location for companies seeking quick access to all these markets.

Lithuania has some of the friendliest tax laws in Europe, which is why big companies like Google and Western Union have moved business operations there.

The government has modernized tax collection methods and company incorporation regulations have become much easier, making it easier for business owners to start establishing their companies there. Did you know that Vinted, an “e-commerce site”, was created by Lithuanians? This shows very well that starting a business in this country from scratch is worth it.

The country’s ICT industry has experienced rapid growth over the past decade or two, and currently accounts for about 20% of the country’s GDP. Major cities in Lithuania, for example, Vilnius and Kaunas, have been ranked several times in a row in the top rankings of the best cities to work in the field of IT, programming and computer engineering.

Lithuania has focused on expanding its industrial business, which has experienced significant growth in recent years, especially automobile production.

The government has invested a lot of money in public transportation, which has helped reduce traffic and pollution while also making transportation easier.

● The resilience of the industrial sector in Lithuania is incredible.

● The government of Lithuania is also very welcoming of international investments,

Providing assistance to businesses through laws and constant advice to increase economic growth.

● For the first time since independence,

A positive balance of immigration in 2006 led to a rise in the total population of Lithuania.

Among the most important factors:
Lithuania’s economic growth is so great that it was recently named the second best place to do business in the world by Forbes magazine.
Although Lithuania is a small country, it has managed to reach the top 5 in the world in terms of economic progress.

Together, these factors led to major leaps in the economy of Lithuania.

We use cookies to ensure that we give you the best experience on our website. If you continue to use this site, we will assume that you are happy with it.Ok